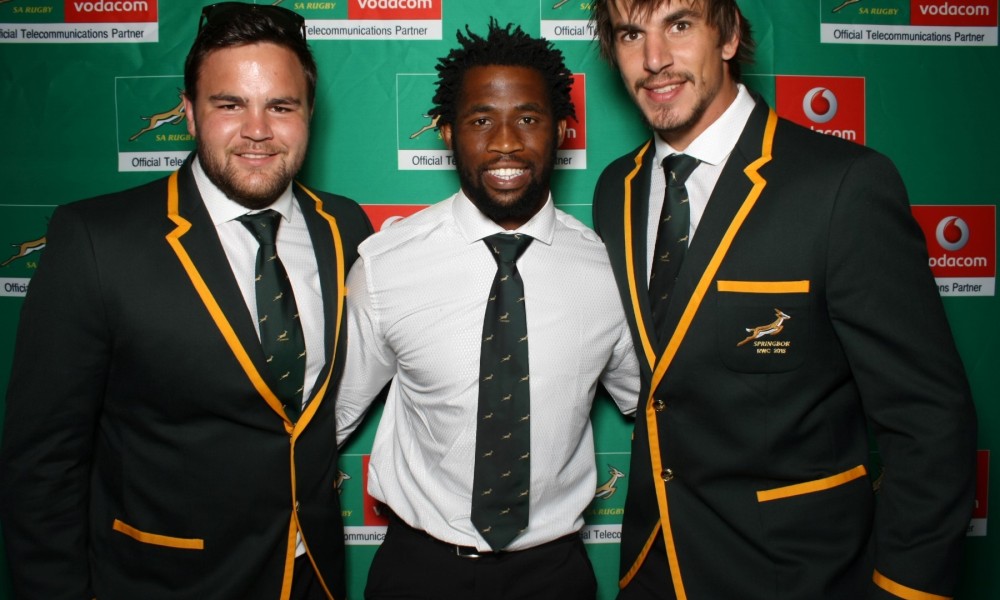 Once again, we were thrilled to be a part of a locally lekker occasion that involved sending off our beloved Boks to do their best at the Rugby World Cup 2015.

On the 11th of September, the Springbok team invited fans of all ages to come and bid them farewell as they set off on their journey to the UK. A day of festivities culminated in a final event at Monte Casino, complete with live entertainment, fans aplenty and us!

Emotions ran wild as the full Springbok team, team management, coach Heyneke Meyer and captain Jean de Villiers spent an hour and a half greeting fans, snapping selfies and of course… having awesome professional photos taken by our team of photographers. They then headed off to OR Tambo to catch their flight to London and enter into all the Rugby World Cup excitement that is consuming the UK at the moment.

The Springbok team will be playing their first match of the World Cup 2015 tomorrow afternoon (Saturday 19th September) against Japan. We hope you’ve all got your green and gold attire on and will be backing the boys as they do their best to represent South Africa in one of our favourite games!

We all had very limited time to pull this off but we did it! One of the most smoothly run events to date and I have you and your team to thank for your contribution.